Is education or immigration the answer to our skills shortage? We asked 50 economists 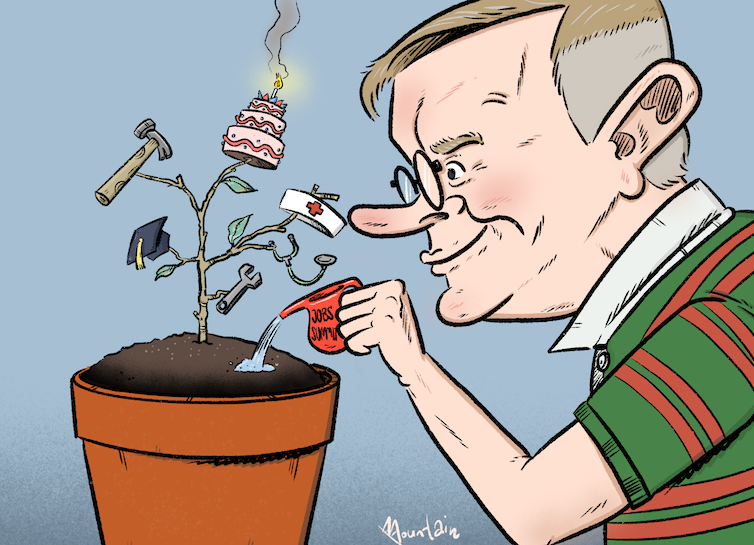 This article is part of The Conversation’s series looking at Labor’s jobs summit. Read the other articles in the series here.

Investing in Australians’ education is far more important than immigration in resolving the nation’s skills shortages, according to leading economists surveyed in the lead-up to this week’s jobs and skills summit.

The 50 top Australian economists polled by the Economic Society of Australia and The Conversation are recognised by their peers as leaders in their fields, including economic modelling, labour markets and public policy.

Asked to select from a list of topics to be discussed at the summit, and which offered the most promise of delivering better outcomes, two-thirds picked “education and skills”. Only one-third picked “migration policy”.

The biggest concerns among those who picked “education and skills” relate to school and vocational education.

Vocational training is a “mess”

“There are up-front fees alongside no-charge regimes, both of which are poor and inequitable,” Chapman said. “A small number of courses offer income-contingent loans along the lines of the university scheme, but most do not.”

Universities have income-contingent loans that don’t require payments until the recipient’s income climbs above A$48,361.

If applied to all vocational education courses (including TAFE courses), it would allow reasonable charges and protect students from hardships and default.

“Governments should have been aware of this for the 34 years that HECS has existed, but have shown no leadership in the area,” Chapman said.

Saul Eslake said all levels of Australian education – from primary school, up to vocational education and universities – are “failing to equip Australians with the skills required for the jobs of both today and the future”.

Among the many causes of that failure were inequities in how education funding is distributed, which have led to sustained gaps between Australia’s high and low socio-economic students’ results.

Paul Frijters suggested levelling the playing field between private and public schools by ditching subsidies to private schools, banning mobile phones in schools, and allowing children with low grades to repeat years instead of setting standards so low they were generally promoted.

Almost half of those surveyed wanted measures to promote productivity. Julie Toth, formerly with the Australian Industry Group and now with the digital property settlement company PEXA, suggested shifting governments’ focus away from “creating local jobs” to automating tasks wherever possible.

“We should be aiming to reduce the need for lower-skill and lower-value tasks and jobs, rather than simply seeking more bodies to do them,” she said.

Of those who nominated “migration policy” as a priority, two warned against using more migration to fix skills shortages. Labour market economist Sue Richardson said she knew of no evidence that migration increased either productivity or the living standards of pre-existing Australians.

“It does increase aggregate gross domestic product,” she said. “But that is just because the population is bigger”. It enabled Australia to avoid a close examination of why it did not generate the skills it needed itself.

Margaret Nowak of Curtin University pointed to the absurdity of not giving refugees and those awaiting determination an unfettered right to work. She said it would be an “easy early win”.

“We already have in this country a ready and willing supply of labour,” Nowak said. “We should get rid of the paranoia and ideology inherent in the current administration of the policy and welcome our resident refugees into full participation and education rights.”

Many economists also nominated workforce participation, care jobs and equal pay for women as key priorities for the summit.

Several, including RMIT University’s Leonora Risse, called for more accurate measurement of the benefits generated by the care sector, “in the same way as we compute the cost/benefit dividend of government investments in other infrastructure”.

Risse said a proper measure of the economy-wide value of the care sector could be factored into the budget, and used to provide a mechanism to lift the wages and status of care workers.

Macquarie University’s Lisa Magnani said the pandemic had shown Australia has a crisis of care work “manifested in the shortage of teachers, in overworked hospital workers, in exhausted parents”. Traditional measures of labour productivity failed to capture the impact of care jobs on wellbeing, as well as their economic value.

One of the 50 surveyed economists nominated a summit priority that was not on the proffered list. John Quiggin of the University of Queensland nominated “full employment”, which he thought had been the original idea for the summit.

Regardless of the present state of the labour market it was important to renew to full employment in the 1945 Employment White Paper, and to consider measures along the lines of the proposed Green New Deal in the United States.

This article is republished from The Conversation under a Creative Commons license. Read the original article.